Below is a paragraph from an article we wrote in a People of Praise Facebook Post on January 2, 2015

” People all over the world are scratching their heads and wondering how Bishop Joel and the City of Praise can do what we do. We operate a mega church out of 2 high schools. We have not missed a beat. Imagine their response when we return to our Landover campus. We WILL celebrate NYE 2016 at the City of Praise Church 8501 Jericho City Drive Landover, Maryland with Bishop Joel Peebles. We see this in the spirit as well as the natural. All of our cases will go to trial this year. VINDICATION, RESTORATION, “

AND IT CAME TO PASS

You Don’t Want To Miss This – Be There

On July 7, 2015 the Six Jericho Employee/Members lost their case in the DC Superior Court. They were found to have illegally taken control of the church during a well devised hostile takeover during the long illness and death of Apostle Betty Peebles. On Wednesday July 8, 2015 their lawyers filed a Motion to Stay the courts decision until such time as their appeal was heard. Today, Thursday July 9, 2015 their motion was denied. The full motion is shown below. Pay particular attention to the last paragraph top of page three of the Judges order. 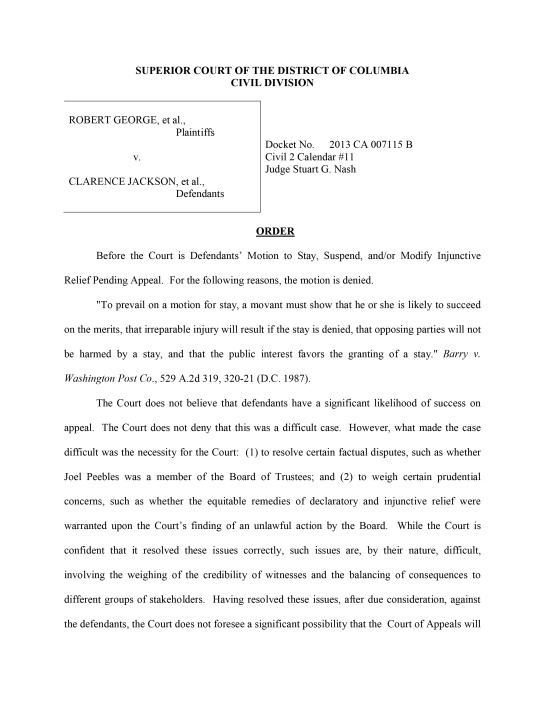 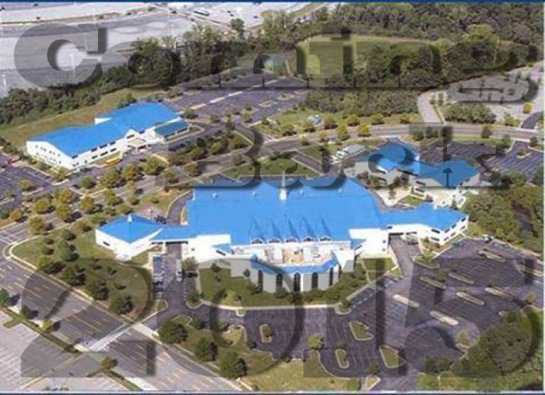 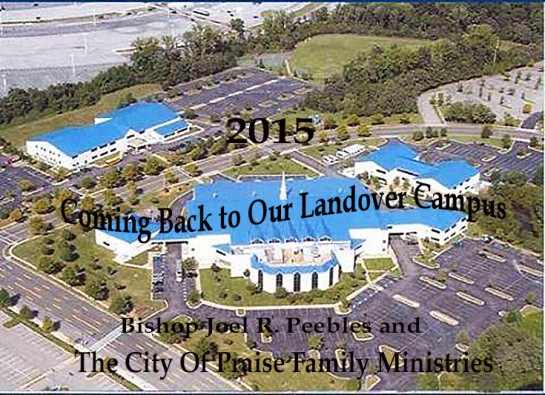 A Must See Video, 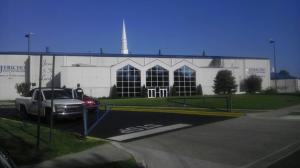 To The Six Unholy, Ungodly, Self-Appointed, Jericho Rogue, Board of Thieves:

EVERY OPEN DOOR IS NOT MEANT TO BE WALKED THRU!!

LIPSTICK ON A ROGUE BOARD OF THIEVES

IT STILL WILL BE A ROGUE BOARD OF THIEVES

Making superficial or cosmetic changes is a futile attempt to disguise the true nature of a product.

WE WILL BE BACK SOON, KEEP THE LIGHTS ON.

Like a shark that smells blood in the water. Pastors Mike and Dee Dee Freeman have allegedly been waiting to make their move.  They are alleged to be the architects behind this whole church takeover attempt, with the goal of having the six employees give/sell the ministry to them. The six employees allowed Mike and Dee Dee Freeman to have the FICWFM regional conference at OUR church building in September 2012.  This event was planned well in advance of the Court of Special Appeals decision and took place a few days after the positive decision was handed down.   Pastor Joel, our board and congregation could have stopped the FICWFM conference but since Apostle Fred Price would be in attendance it was thought that if the Freeman’s would listen to anyone it would be Apostle Fred Price.  Apparently he has outgrown Fred Price.  These actions have offended the congregation whose years of tithes, offerings and hard work have built this ministry and its assets. This is a classic hostile takeover attempt.  First, get control of the board that holds the deed then have them sell/give the ministry to you.  The court of special appeals decision reversed the earlier decision made by Judge Dwight Jackson.  Consequently the six employees are no longer considered the legal board of trustees and do not hold the deed to the church.

Mike and Dee Dee Freeman’s actions are out-of-order.  We the membership have a default judgment against the six self-appointed employees.  A Default judgment is a binding judgment in favor of either party based on some failure to take action by the other party.  Default judgments arise in circumstances whereby one party to a suit has failed to perform a court-ordered action, and subsequently that failure has not only prevented the issue from being presented before the court but also results in the court settling the legal dispute in favor of the compliant party.

The original congregation is intact, alive and thriving under the leadership of Pastor Joel Peebles and our Board of Trustees led by Chairman William Meadows (chairman for the past 40 years.) The City of Praise church is NOT a new church.  Apostle Betty said during a service before she died that she was going to change the name of the church to the “City of Praise.”  After she died Pastor Joel and the board of trustees changed the name and showed the congregation the video of the service where she made the proclamation.  The church has been called “City of Praise” well before our leaders and other members were excommunicated. We are awaiting relief from the court which the judgment entitles us to. We have asked for a congregational vote to elect our board of trustees and that our church be put under a trustee until the vote occurs.  We have given the court a list of trustees that are acceptable to us. There are at best about 100 members left worshipping at Jericho, including a few elders and ministers. The church is financially solvent and is not dependent on tithes and offerings to maintain its solvency. No outside interference is warranted.  The congregation has not and will not ask Mike and Dee Dee Freeman for help.  On the contrary we ask that they butt out.

It is alleged that Mike and Dee Dee Freeman are planning on using OUR church again for their New Years Eve service. He told his congregation at the FICWFM regional conference in September that they will be back at Jericho on New Year’s Eve.  Again this is offensive to the congregation whose many years of tithes, offerings and hard work have built this ministry and its assets.   Why is Mike Freeman so interested in what happens to us in court?  There are pictures of him leaving the court-house minutes after the six employees and their lawyer exited the building when Pastor Joel won a case in the spring shortly before he was fired.    He was also allegedly seen going in the judge’s chambers. One question begs to be answered:  Why would Mike and Dee Dee plan a New Year’s eve program at our church when he knew that the special court of appeals had rendered a positive decision on our behalf and that we had a court date on November 30th for an ex parte hearing with a default judgment against these employees? The bible says in 1 Thess 5:22 “Abstain from ALL appearance of evil.”   If Mike Freeman follows his modus operandi, when he is ready to make his move, look for him to address his congregation crying ugly face crocodile tears being consoled by DEE DEE and his family. He will say something like he didn’t want to get involved but they asked him to help save the ministry. And he will only get involved to help sure up this ministry and build it back up and he is doing it as a favor because he loved Apostle Betty and held her in such high regard. LOL. He did not even offer a word at her funeral, they left early and they did not attend the burial.

Corrupt civil leaders are exposed, rebuked and disciplined; therefore, corrupt church leaders must be exposed and rebuked. In 1 Tim 5:20 the bible tells us “Those who are sinning rebuke in the presence of all, that the rest also may fear.” Apostle Betty taught us that all true Christians knowledgeable of God’s Law have the authority to reprove, rebuke, and exhort with all long-suffering and doctrine. Remember Jesus publicly denounced the corrupt scribes and Pharisees in Matthew 23: “25 Woe unto you, scribes and Pharisees, hypocrites! For ye make clean the outside of the cup and of the platter, but within are full of extortion and excess. 28 even so ye also outwardly appear righteous unto men, but within ye are full of hypocrisy and iniquity.”

The congregation is eager to have the court restore the rightful responsibilities of electing its leaders back to the people of the church and compel these six rogue employees to reveal how our tithes and offerings are being spent. We requested this information from the six employees over a year ago. In spite of it being against the law, they refuse to respond.The ex parte court hearing is rescheduled for Feb 8, 2013.  In an ex parte hearing one party presents a motion or legal action without the other party having representation or notice. We also have a court date on Feb 22, 2013 to force the six unelected employees to turn over the financial records. This entire matter can be resolved in the very near future.

Recently Pastor Joel received a series of e-mails regarding his mother’s house and personal property. First, the trustees of the estate gave Pastor Joel an unreasonable amount of time to come to his mother’s house, to look and see what was there and to arrange to remove any of the personal property (furniture, clothes etc.).  Of course that is if anything was left in the house after the rogue board members allegedly took what they wanted.  After Apostle’s death, it was reported that these rogue board members were seen coming out of the residence loaded with trash bags and boxes of stuff. Hmm!!!

Secondly, Pastor Joel R. Peebles’s offer to purchase his mother’s house was rejected recently.  The personal Representatives/Executor’s (the Freeman’s) would not even show mercy or grace to him (common courtesy).  Come on!  These “Christians” would not afford Pastor Joel and the Peebles family the opportunity to keep the home that they the nieces and nephews spent their childhood and holidays in, to remain in that family.  Wow!!!

Pastor Joel received a letter telling him to come get your mothers stuff before we drop it off to a storage facility.  Pastor Joel has not been allowed in the house up to this point, now you give him just a few days.   SHAME ON YOU!!!

Can you see Christ Jesus anywhere in this decision? We believe that non-christians would have a more christ like response in the same situation. UNBELIEVABLE!!!